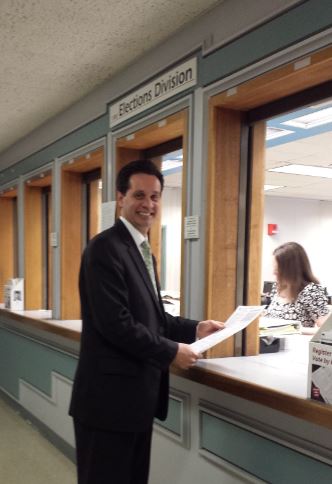 Plymouth, MA – Representative Vinny deMacedo today announced that he has turned in 500 certified signatures to the Secretary of State’s Office to secure his spot on the November 4, 2014 general election ballot for State Senate in the Plymouth and Barnstable District.

Rep. deMacedo said, “I am so grateful to all the supporters who helped me gather signatures and to all of the people who signed my nomination papers.  I look forward to traveling throughout the six towns of the Plymouth and Barnstable District over the next six months to meet voters, hear their concerns, and win their support.”