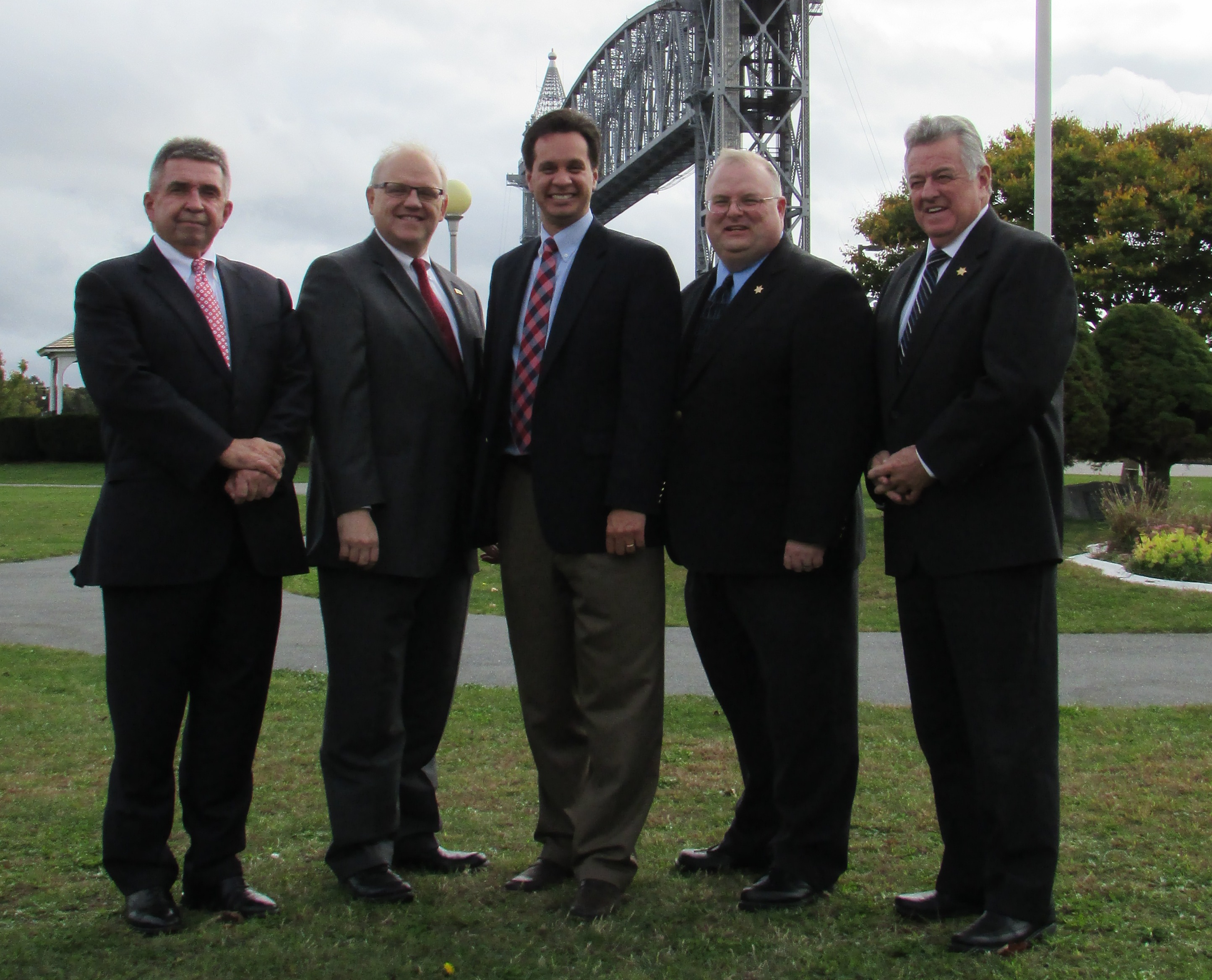 Bourne - Representative Vinny deMacedo, Candidate for State Senate in the Plymouth and Barnstable District, was officially endorsed this afternoon by the District Attorneys and Sheriffs of Barnstable and Plymouth County at an event held at Buzzards Bay Park.

Plymouth County District Attorney Tim Cruz said, “As an active member of our task force battling opiate abuse in the region, Vinny deMacedo has seen first-hand the devastating impact of the escalating heroin epidemic on our children, families, and communities. He was an effective leader for legislation which enhances access to drug addiction treatment and gives towns and public health and safety officials the tools they need to respond quickly to drug emergencies and to save lives.

"On Beacon Hill, Vinny has been a strong advocate for District Attorneys across the Commonwealth,said Cape and Islands District Attorney Michael O’Keefe. “He understands and values the important role we play in protecting our communities. I know my colleagues from both political parties appreciate his strong record of support for public safety programs."

Jim Cummings, Sheriff of Barnstable County, said, “Vinny has always been an effective advocate for providing the Sheriff’s Department with the tools and resources that we need to do our jobs. We were both elected in 1998, and it’s been a pleasure to work with him on a number of Sheriff’s Department initiatives over the years that have had a direct impact on improving the public safety of the residents of Barnstable County. I look forward to continuing to work with him even more directly as the State Senator from the Plymouth and Barnstable District.

"Vinny has been so effective on Beacon Hill because he is an independent voice who is willing to work with everyone to solve the problems facing our state and our region,” said Plymouth County Sheriff Joseph McDonald, Jr. “He understands the needs of public safety. Throughout his 16 years in the House of Representatives, Vinny has been a strong supporter of ensuring that Sheriff’s Departments across the Commonwealth have the resources we need to protect public safety. His work on the House Committee on Ways and Means has been invaluable to our communities. We would all benefit from his experience and leadership if he is elected to serve us in the State Senate.”

Representative deMacedo said, “I am honored to be supported by the law enforcement and public safety leaders of Barnstable and Plymouth County. It is a true privilege to work together with them to keep our communities and our citizens safe.